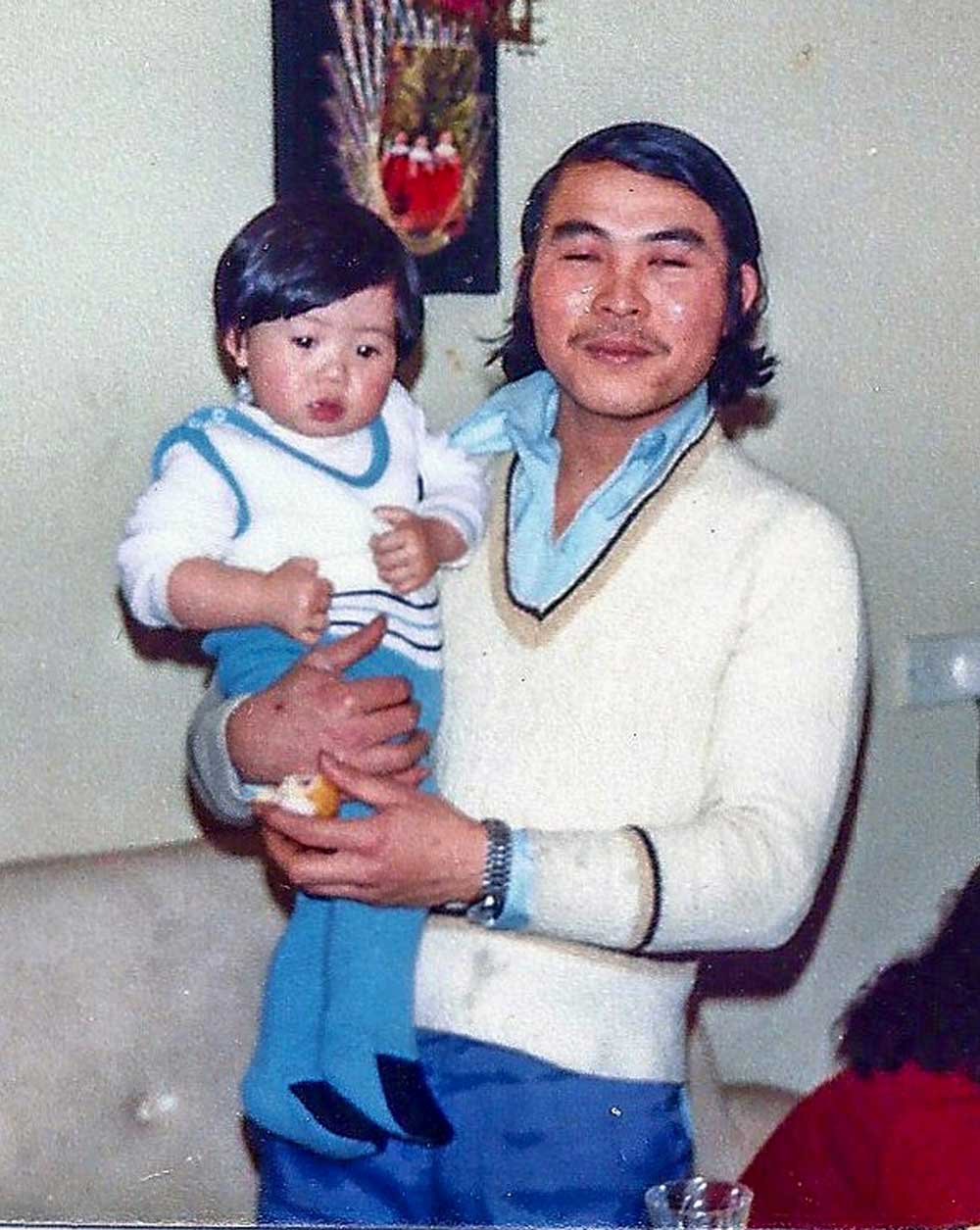 Illuminate Stories sadly began with the loss of a loved one.

My Grandfather passed away just over three years ago. And over the days, weeks and months that followed his passing, I had a thought that I just couldn’t shake.

He was someone that I had known my whole life. Someone who I loved and who loved me, yet, when I thought about it, I hardly knew who he was. Here was a man that had travelled halfway across the world with his family to escape a war-torn country. A man who had hopes of creating a better life for his children and grandchildren. Yet, I – his grandchild – had no idea about the details of this amazing journey or how he felt at the time.

This train of thought led to so many more questions:

What was life like for him before the war?
What was he like as a young man? A boy? A child?
How did he feel moving from Vietnam, a tropical country to a cold and wet Ireland?

Though I was angry with myself for not asking these questions, I knew in my heart that there were reasons why I didn’t.

Having been born and raised in Ireland, and the UK, my first language was English. My Vietnamese was barely passable, and his English was functional at best – the language barrier was the first reason.

Compounding that barrier was the unwritten, yet very palpable social structure of our relationship. I just didn’t feel like I could openly ask such personal questions.

However, working as a press photographer for over ten years, I witnessed something extraordinary. I found that people would open up in interviews when speaking to journalists in a way they wouldn’t with their own families. They would share stories that no one had ever heard before – all to someone they’d just met. It’s a phenomenon that’s very real, yet something I’ll still never quite understand.

I considered this when I thought about my Grandfather. I thought that everyone should have the opportunity to tell their stories, and have them recorded in a meaningful way. This would give future generations a chance to see and understand who they were, rather than just acknowledge them as a name on a family tree. This was a means of leaving a legacy, a story, a voice.

I was keen to break away from the traditional autobiographical approach. To me, a person is so much more than the things they’ve done in the past. They are a collection of thoughts, ideas, and passions. These are the things our loved ones will remember – they are what our loved ones love about us.

As this short piece began with the loss of a loved one, it sadly ends the same way. During this terrible and tumultuous year, many of us have lost friends, families and partners.

In January, I lost my wonderful and loving father to Covid. Creating Illuminate Stories now seems bittersweet, as one of my main incentives was to record the stories of my parents. Unfortunately, I’ll only be able to record half of that story now.

The importance of this new venture became even more apparent on the night he passed away. I went through my phone, desperate to hear his voice, yet I found only two short clips.

As a photographer, I had plenty of photographs, but none of them were a true reflection of his wonderful character. Hearing him speak, seeing him break a smile and laugh meant so much more than a still face in a photograph.

On a final note, I would like to express to others the importance of recording the stories of your loved ones. It doesn’t matter whether you choose to have it professionally filmed with us, or simply take a video on your phone. What matters is the value that recording will have later down the line. You’ll never truly realise how precious it is until the chance is taken from you.